The superb visual and acoustic design of the Royal Concert Hall makes it one of the most unique and highly regarded music venues in the country.

Built in 1982, the Royal Concert Hall opened with a gala concert starring Sir Elton John. Since then, the roll call of famous names to have performed on its stage ranges from world-renowned classical soloists and conductors to a who’s who of the world’s biggest rock stars, pop bands and stand-up comedians.

The internal lighting at the theatre had not been upgraded for many years and vital areas such as the foyer and auditorium were felt to be dull. On top of the improvements needed to the lighting for the benefit of staff and visitors, like all well used public buildings the theatre was faced with an ever-increasing energy bill. The lighting upgrade was a catalyst for a raft of other energy efficacy measures and the theatre wanted them all addressing at once.

The energy efficiency works involved a significant relighting scheme converting the theatre to an LED lighting system, transforming the auditorium, backstage and front of house areas.

The complexity of the project was increased by the ornate appearance of the building and auditorium. The project team rose to the challenge by designing a scheme that was in keeping with the heritage feel and met the specific demands and lighting requirements of a world-class performance space. 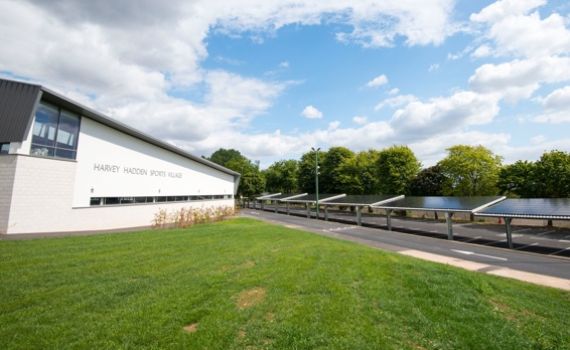 Harvey Hadden Sports Village is a state of the art leisure centre in Nottingham their offering includes, gym and fitness studio, Olympic sized swimming pool, sports halls, and much more.

Speak to our team about your project

We are managing the delivery of energy projects, programmes and services across the UK. Whether you are looking to save money, improve your environmental impact, or increase energy security we develop energy solutions for your organisation.